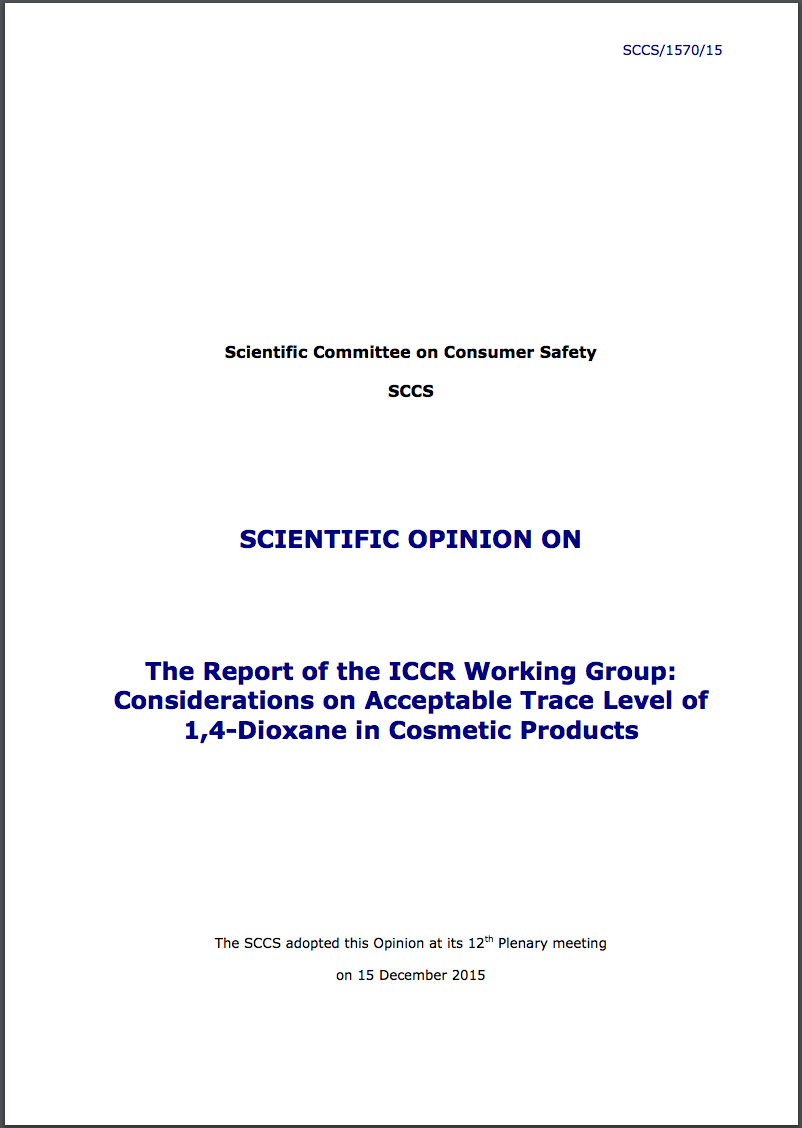 The International Cooperation on Cosmetics Regulation (ICCR) is an international group of regulatory authorities for cosmetics from Brazil, Canada, the European Union, Japan, and the United States. This multilateral framework seeks to promote regulatory convergence, while maintaining the highest level of global consumer protection and minimising barriers to international trade.

ICCR has identified the responsible handling of traces of banned substances as a topic of international relevance. As a result, it decided to work on this with a view of aligning on best practice among the ICCR regions, while fully respecting their specific regulatory regimes. To this end, a working group was created, which included experts from the jurisdictions' regulators and industry.

The group prepared a general Report for ICCR on Principles for Handling Traces in Cosmetics, which was published in 2011. In addition, among the substances of concern, it selected 1,4-dioxane which was assessed individually in order to identify harmonised best practices across the ICCR regions and to give recommendations. It should be made clear that these documents have no regulatory status. However, the report on 1,4-dioxane could be used as a supporting reference by market surveillance authorities in the EU and beyond, and as a useful starting point for discussion, should any of the ICCR regulators consider it useful to open a regulatory review.

The Scientific Committee for Consumer Safety (SCCS) was asked to informally review the report on 1,4-dioxane in order to flag any issues it might detect. An answer was received on on 7 July 2013 (Ares(2013)2570845) and was used to review the reports. While the Traces Working Group recommended a two-step approach with a starting acceptable and safe trace level of 1,4-dioxane at 25 ppm, followed by the phasing-in of a 10 ppm level over a short period of time, the SCCS did not support this approach.